When will Gmail come out of beta!

- March 15, 2006
I used to be a big supporter of gmail for the features it provides. I was totally addicted to the threading, and their pop+smtp support. They have some really cool (and useful) features, like the outgoing mail from smtp server will be added to the thread, popped emails will be archived instead of deleted, etc. My primary email (off dwipal.com domain) was being routed to the gmail account. However, gmail has always been plagued by realibility issues, which, even though I hoped will be resolved soon, are still there even after almost a year of usage.

1. Their pop and smtp servers go down a lot.
2. Emails get delayed, sometimes by hours.
3. I am not sure about this, but some friends claim to have sent me an email which i never received.

So i got off gmail till these things get resolved. Wonder when they will come out of "beta"!

Popular posts from this blog 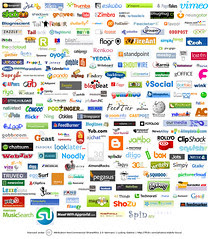 LOGO2.0_2
Originally uploaded by Stabilo Boss. Found this on flickr, has logos of all the great Web 2.0 companies. (No, yahoo, ebay, google etc. are not on it and yes, YouTube is there in the list.).

In case you are wondering where these compnies are.. someone has done a great job using google maps.
http://www.fourio.com/web20map/
Read more 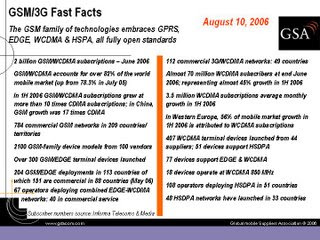 I am very passionate about cell phones, and the cellphone trend in US is quite disheartening. A major part of US wireless is on CDMA based technologies.

There is nothing wrong with CDMA in general (its a better technology than GSM), but in the implementation. Here is a list of some of the (consumer level) things where GSM has an edge:
CDMA was created by Qualcomm, which holds most of the patents in it. As it is mainly controlled by one company, the cost of maintaining a CDMA network is quite high as compared to GSM, which is an open standard.Most of the chipsets in CDMA phones are also made by qualcomm, so there is lesser innovation as compared to GSM phones, which are made by a bunch of companies (compare any CDMA phone with a Nokia or SonyEricsson phone).
CDMA based phones are tied to the carrier, and there is nothing like 'SIM' card in it. You can not simply buy a phone from a store and activate it.
The newer versions of GSM (WCDMA, etc.) are getting mainstream, which is breaki…
Read more

It just works. It works because it is flexible, open, and anyone can use it. It works very well in heterogeneous environments as the email standard is well documented, accepted and implemented.

I have looked at a ton of 'solutions' that try to replace emails, but nothing really works as seamlessly as good-old email.

The goal of email is to enable communication and think that it can be improved. It will be stupid to completely replace this amazing means of communication, when it fundamentally works well. What needs to be done is to make it 'smarter'.

What's broken is not the ability of emails to enable communication, but that the forms of communication have now become more complicated whereas email is still at its original design built for person-to-person messaging. Because email worked for everything, everything piled onto it making it complicated.

What needs to happen is that a standard should be created on top of email, that can handle 'special…
Read more